A Snapshot of the Long, Storied History of Hemp

The cannabis sativa plant wasn’t always so controversial, especially the strain known as industrial hemp. As one of the fastest-growing plants on earth, it has been used for food, to make paper, plastic, paint, insulation, biofuel, animal feed, and clothing for years. In fact, it was one of the first organic fibers to be made into clothing 10,000 years ago.

It wasn’t until 1937 that the cannabis sativa plant came under fire with the Marihuana Tax Act and has been fighting to return to America’s good graces ever since. Here is a brief, but storied history of hemp.

It all started in the BC years…

Textiles uncovered as far back as 8,000 BC in ancient Mesopotamia seem to be woven with hemp suggesting that the plant was grown, harvested, processed, and used for trading in the east and eventually making it to Europe in 1,200 BC. Hemp continued to be prominent throughout Chinese dynasties, leading historians to conclude that the plant seems to be the oldest example of human industry. Farmers in China were taught to grow and cultivate hemp to make fibers for clothing!

The Chinese are also credited for using hemp fibers to make paper in 150 BC. Buddhist documents from the second and third centuries AD were printed on hemp paper, according to MIT. There have also been mentions of hemp seeds, leaves, and flowers aiding in childbirth, dysentery, rheumatism, and other ailments in ancient texts. It really was considered a miracle plant in ancient times!

From the East to the West

Soon, hemp made its way into European life. France and Spain have proof of at least a 700-year history of hemp cultivation, and it became the primary staple crop for food and fiber in the Middle Ages. Ships were built to explore new worlds with the sails made out of hemp fiber (canvas comes from the word cannabis) and equipped with hemp rope as they were stronger and more water-resistant than ropes made of cotton fiber.

Flash forward to 1535 in the United Kingdom when Henry VIII passed a law enforcing landowners to dedicate ¼ of an acre to growing hemp. Hemp became the primary fiber for British clothing, basically up until the 1920s. 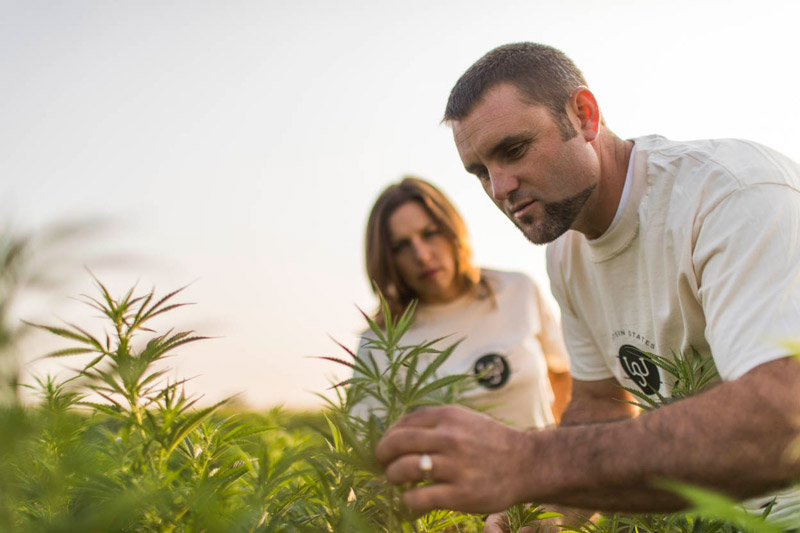 It’s likely that hemp didn’t come with the pilgrims when they landed on Plymouth Rock. In fact, Jamestown settlers in the 1600s were known to burn hemp oil in lamps and used hemp fibers to make sturdier clothing suggesting they were growing and processing the plant.

Jacques Cartier, one of the first Europeans to travel deep into North America and claim what is now Canada for France, wrote in the 16th century that the land, “frill of hempe which groweth of itselfe, which is as good as possibly may be scene, and as strong,” suggesting hemp was there long before ships made the transatlantic voyage!

Canada, then a French province, was the first government to subsidize hemp with seeds being distributed to farmers in 1801. In 1822, the government also issued money for machinery to process hemp. Canada’s goal was to supply Britain with hemp, minimizing their dependence on foreign nations and giving them a lucrative export.

Hemp in the USA

Hemp was grown across North America but was soon overshadowed as a crop by cotton in the United States. Cotton was easier to harvest than hemp and with the invention of the cotton gin in 1794, it was processed much faster. Hemp was quite labor-intensive and had to be processed by hand; it became a crop that grew fast but was expensive to process.
That is until 1917 when George W. Schlichten created a machine that separated hemp fiber from hemp hurds (the woody core). While the machine increased fiber yield, it wasn’t enough to put hemp back on the main stage. Then the Great Depression happened.

The 1930s saw more bad news for hemp, particularly with newspaper moguls. Companies with vested interest in synthetic textile production (plastic fiber) saw hemp as enemy number one and did everything they could to stop its growth. Because it was growing. A famous Popular Mechanics article published in 1937 crowned hemp as “the billion-dollar crop.” Propaganda from powerful lobbyists and corporations, tax laws, and excise taxes eventually squashed hemp as it was officially prohibited under the 1938 Opium and Narcotics Act.

The ban on hemp was lifted for a short time by the U.S. government when Japan cut off export supply in 1942. In order to supply hemp products to war efforts, certain farmers were issued permits to grow hemp in a campaign known as “Hemp for Victory.”

After the war, however, hemp remained lumped with other, more dangerous drugs and strictly prohibited from being grown, processed, and consumed. 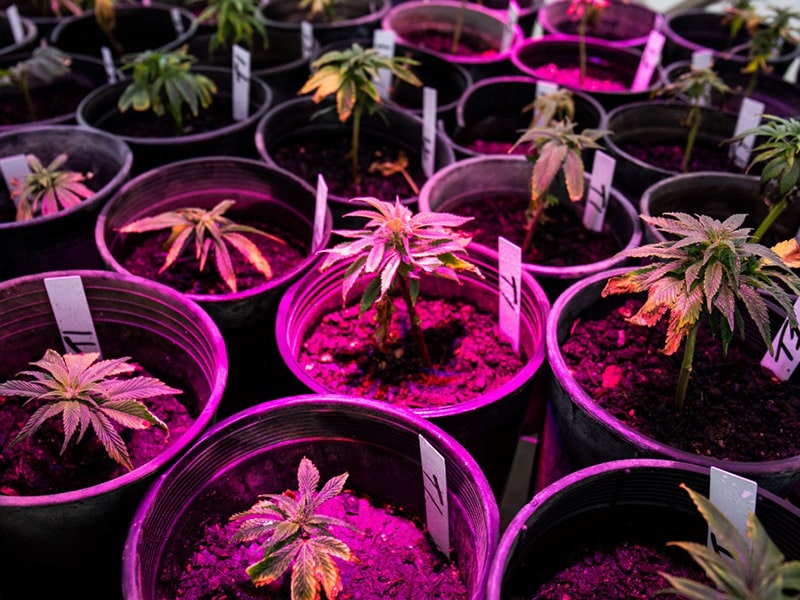 Modern Days | 20th Century and Beyond

Hemp was officially listed as a Schedule 1 drug with marijuana, LSD, and heroin in 1970 under the Controlled Substances Act and stayed illegal until very recently. The Drug Enforcement Administration (DEA) made sure of that.

It wasn’t until the 1990s that hemp got some good press and saw positive activism again, leading to the U.S. government to lift restrictions on the non-psychoactive properties of the cannabis sativa plant and allow the importation of food-grade hemp seed and oil in 1998.

Things accelerated from there. In 2004 imports were allowed in the forms of hemp food and body care products, followed by the U.S. government issuing permits to two North Dakota farmers to grow hemp. Finally, in 2014 the Farm Bill was passed allowing for state agriculture departments to put money behind hemp research. Kentucky, Vermont, and Colorado paved the way into the new hemp era, passing legislation for hemp research programs.

Hemp became more and more popular and accepted in the collective psyche. It wasn’t the scary drug that it was once falsely portrayed as! As research started pouring in, hemp farms sprouted across the country. According to Vote Hemp, over 25,700 acres of American land in 19 states were dedicated to growing hemp in 2017. That number has only grown since the 2018 Farm Bill which further removed federal government regulations around hemp, officially making it legal.

As hemp farmers, we’ve known about the incredible power of the hemp plant for a long time. While our 100-acre operation didn’t officially launch until 2018, we’ve always been advocates in the hemp industry.

It is exciting to see this cannabis sativa renaissance and as Nevada’s top hemp producer of high-quality strains, we see a bright future ahead!

Our emails are always open if you have any questions or are interested in starting a project with us.