Nevada. It is the last bastion of the wild west. It is where men still pack pistols openly on their hip around town, and where you can still hear the jingle of spurs as the flat hatted northerners enter the watering hole for an evening high ball. It is a place that is both arid and rugged, and in the most rural parts, the people quintessentially match the landscape. Despite all the stereotypes one might conjure up regarding this place and her people, few have the ability to envision cowboys and cannabis in the same picture. With the passing of the 2014 farm bill, that very picture began taking shape on the canvas of the Silver State.

In a small farm community in the north, the wife of one of Nevada’s most rugged cow punchers is quickly becoming one of the most prolific female faces of the hemp movement in the west. While her friends are certainly not surprised that she is a spearheading the hemp industry in Nevada, Adrienne Snow will tell you that the hemp industry can be just as rank as some of the horses on their ranch.

In 2016, she and her brother-in-law, Joe Frey, decided to take a stab at farming hemp under the newly sanctioned Industrial Hemp Program. Joe was no stranger to farming and Adrienne, dubbed the “family hippie”, had launched several start-up businesses over the years. One of which dealt a bit with hemp textiles. In the earliest days, less than 20 farms in Nevada tackled the challenge, and she made it clear that “every single step in the process was a challenge.” “Finding seed was hard, importing seed was harder, and finding domestic seed was like chasing the end of a rainbow,” said Snow. 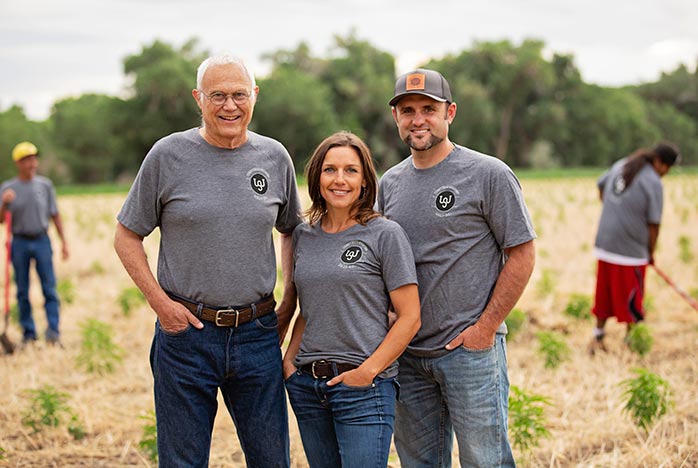 Despite the challenges, Western States Hemp has established itself as an industry leader, not only managing their own farms but assisting others throughout Nevada and California. The number of calls they receive from all over the state isn’t just encouraging to Snow, but absolutely astounding given the conservative landscape of rural Nevada. “Having grown up in Nevada as the child of a criminal prosecutor, and the grandchild of a highway patrolman, I was very clear about my state’s opinion on anything that related to cannabis. Marrying into the ranching community, that perspective was further reinforced. I think the speed at which people are accepting hemp is amazing, but what is more surprising is how many conservative ranchers are reaching out as possible growers of hemp.” When asked about her predictions for the future of hemp in cowboy country, Snow believes Nevada provides the perfect landscape for growing the very thing her peers need most, which is cattle feed. Whilst it isn’t yet legal to feed hemp to animals bound for USDA food processing centers, rest assured, the day is coming. Snow says that when it does, “The image surrounding the type of person that is cultivating hemp will change even faster. Today, I’m one of the few cattle owners involved in cultivating hemp. Five to ten years from now, I’ll be just one among the many converts of a new era. The era of the cannabis cowboys.”